Dormition of the Mother of God

On Monday, August 28, the Orthodox Church celebrated the feast of the Assumption of the Blessed Virgin.

On August 27, on the eve of the feast, Archpriest Daniel Lugovoi performed the all-night vigil with the ceremony of the Burial of the Mother of God. The shroud, the image of the Mother of God lying on the bed, was carried with singing around the church with the procession.

On the very day of the Assumption in the Church of St. Sergius of Radonezh, the Divine Liturgy and moleben at the beginning of the new academic year were performed . 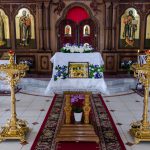 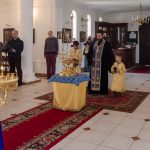 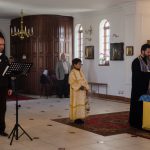 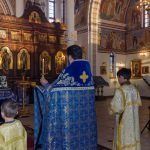 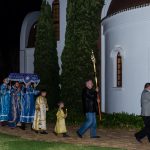 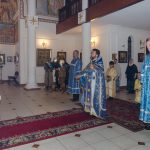 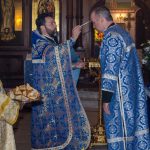 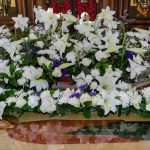 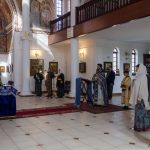