Archpriest Sergei Rasskazovskiy, Rector of the Parish of St. Sergius of Radonezh from 1998 to 2000 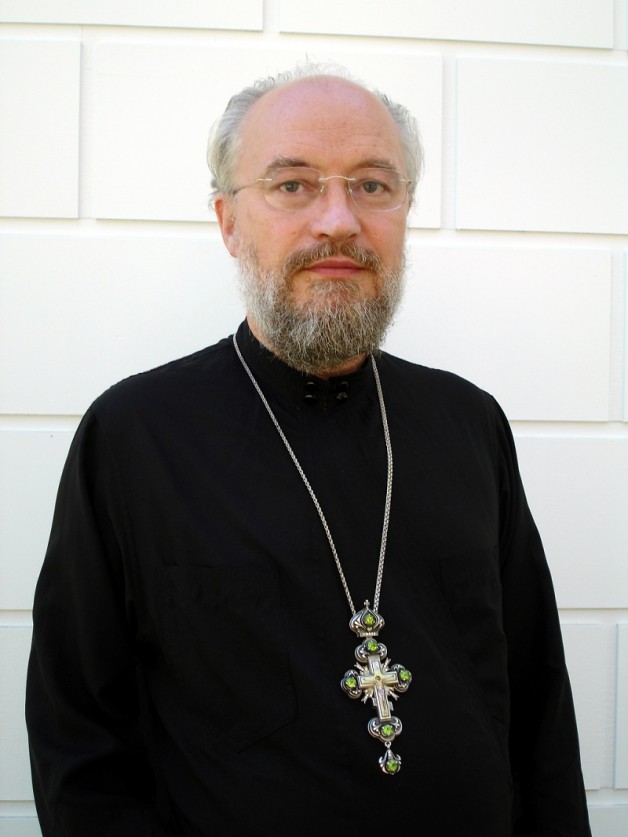 Archpriest Sergei Rasskazovskiy was born on the 30 of July 1948 in the city of Leningrad, of Orthodox parents. He started working in a turnery at the age of fifteen. After he graduated from the evening school of ‘Working Youth’ with honours, he enrolled for the electro-physical faculty at the Electro-Technical University in Leningrad, which he completed in 1974.

In 1973 he began work at the Pavlov Institute of Physiology as an engineer. In 1977 he continued his studies part–time at the Theological Academy in Leningrad, concurrently completing an external degree at the Seminary. In 1981, upon completion of the Academy and Seminary (with distinction), he was appointed as a lecturer of Dogmatic Theology at the Seminary. In 1982, he achieved a Masters Degree with honours in Theology for a thesis: “Ecclesiological opinions of prof. archpriest Pavel Svetlov issued in the edition “Where is the Oekumenical Church? – concerning the question about the Church Unity and about the Ecclesiology (1905)””.

From 1991 to 1999, he tutored in Dogmatic Theology at the Russian Orthodox Humanitarian Institute of St. Petersburg.

He was a participant in numerous theological conversations, church assemblies, conferences and seminars. From 1983 to 1991, he was thrice elected vice-principal of the “Syndesmos” – The World Fellowship of Orthodox Youth. As of the year 2000, he became an official member of “RAEN”

By the decision of the Holy Synod of the Russian Orthodox Church on the 30th of December 1998, he was appointed as Rector of the Parish of St. Sergius of Radonezh in Johannesburg, South Africa, to head the development of a newly formed Russian Orthodox community.

In a follow-up resolution of the Holy Synod of the Russian Orthodox Church on the 29th of December 2000, Archpriest Sergei was appointed as Rector of the Church of St. Patriarch Tikhon in Toronto, Canada.