On Sunday, November 15th, 2015 during tea in the Parish center of St. Sergius of Radonezh Church after the Divine Liturgy service, a concert was performed by the Sunday school, dedicated to the Day of National Unity.

The children prepared a short poem and a song in Russian, as well as a colourful dance. Preparations for this performance was for them an important learning step in the study of the Russian language. Many of them were born in South Africa. In school and at home they speak different languages: English or Afrikaans. The study of the Russian language at Sunday school unites them all, it helps them not to break away from their historical roots, enriching and developing their inner world.

After the concert, Father Danil, on behalf of all the parishioners thanked the children and gave each of them a small colouring book of nesting dolls. 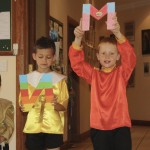 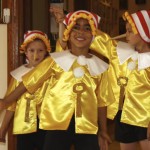 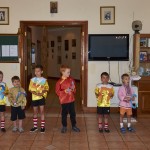 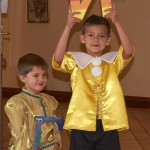 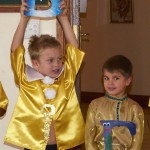 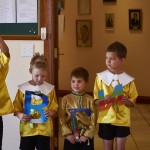 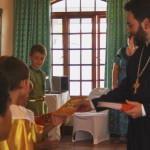