The 700th anniversary of the Saint Sergius’s birthday

On Saturday 11th of October, the rector of the church of St.Sergius of Radonezh, Danil Lugovoy, lead a All-Night Vigil service – the service was carried out together with the priest of the Greek church in the city of Pretoria, Archimandrite Michael (Vizvinisa), rector of the Serbian church Archpriest Isailo Iovanovic, and priest of the Romanian church of Vasiliy Taty.

On Sunday 12th of October, the Divine Liturgy was lead by Archbishop of Johannesburg and Pretoria, Damaskin along with priest Danil Lugovoy, rector of the Serbian church Archpriest Isailo Iovanovic, and Bulgarian church Archpriest Ionko Veselinov. After the procession, His Eminence warmly welcomed all the participants and conveyed the greetings of His Beatitude Patriarch of Alexandria and All Africa, Theodore II, to the celebration of the patronal feast and jubilee birthday of St. Sergius of Radonezh. On behalf of the church and in prayerful memory of this service, Father Danil presented the Holy Trinity icon to Archbishop Damaskin.

With the assistance of the Embassy of the Russian Federation and the National Historical Museum of South Africa, for the first time during this celebration, the icon by the definition “Appearance of the Blessed Virgin Mary to St. Sergius” was brought to church. The Russians sent this icon to South Africa as a symbol of their active support to the Boers during the Anglo-Boer War in 1899-1900.

After the service of worship, an exhibition of photographer Vladimir Hodakov was opened to the congregation – the exhibition was titled “In the footsteps of the Reverend”, it depicted the life of the monastic tradition of the Russian Orthodox Church. The exhibition has been prepared jointly by the church and Federal Agency of affairs of the CIS. For many, especially for indigenous South Africans, who visited the church in these days of celebration, it became a genuine opening of monasticism, and the spiritual wealth and history of the Orthodox Church.

Before the start of the festivities and opening of the banquet, a cartoon was shown to the congregation which was created by the pupils of the Sunday school, “Life of St. Sergius through the eyes of the children”. The cartoon was based on children’s drawings and their voices narrated the life of St. Sergius. Participation in the creation of the cartoon helped the students to build confidence in the fact that they can learn and utilize the Russian language comfortably. 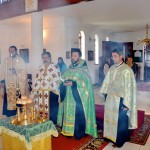 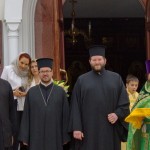 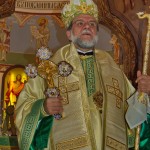 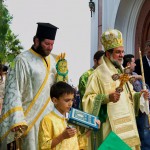 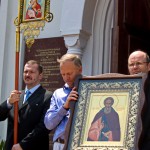 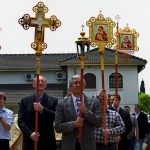 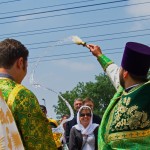 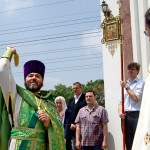 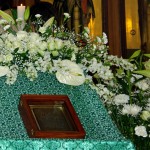 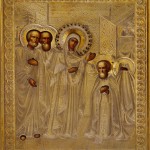 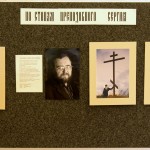 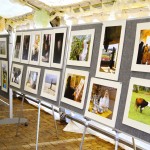 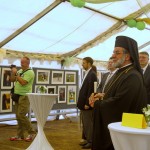 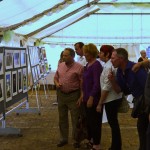 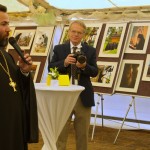 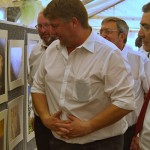 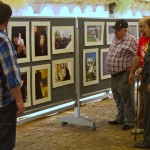