09.10.2015 News
On Friday, October 9th, at the house-museum of Paul Kruger (President of the Boer Republic of the Transvaal) in celebration of the 190th anniversary of his birth – a unique collection of gifts were presented to the public, sent from Russia in the early twentieth century as a sign of support for the Boers in the war with the British Empire (1899-1902).
The event was attended by representatives of the South African public, the museum management, the employees of the Russian Embassy in South Africa, as well as the rector of the church of St. Sergius of Radonezh in Johannesburg, Father ​Danil Lugovoy and parishioners.
The festivities started with a welcoming address by the Association of South African museums, DITSONG.
The audience was addressed by Archpriest Danil Lugovoy, who discussed the history of the Russian church in South Africa, the construction of the Church of St. Sergius of Radonezh, and mentioned that a chapel was erected on its territory in memory of those killed during the Boer War, in honour of Apostle like Prince Vladimir.
Father Daniel also spoke about the icons transferred from Russia to South Africa during the war: the icon “Appearance of the Mother of God to St. Sergius of Radonezh” and the icon of St. Michael the Archangel with a handwritten inscription by John of Kronstadt, which was addressed to the Russian volunteers who participated in the battles in the south of the African continent: “I call on God’s blessing on your head, I wish you well in your journey, to defend deeply troubled and oppressed fellow Boers and return unharmed to your homeland. I entrust you with the image of the Archangel Michael. May the Holy Archangel will protect you in hours of danger!”.
A parishioner of the church of St. Sergius of Radonezh, Daniel Steyn, told the audience more about the icon «Appearance of the Mother of God to St. Bergius of Radonezh» and why the image was sent as a blessing to the Boer army. He also spoke about the Battle of Kulikov, when St. Bergius blessed Dmitry Donskoy, and about the monks Peresvet and Oslabe.
The main exhibit of the Russian exposition became a huge outdoor wooden cup-Bratina, decorated with enamel and silver statue of the victorious Boer rider. For the first time unique letters with the signatures of 70 thousand Russians, who wished the Boers victory in battle, were also presented. 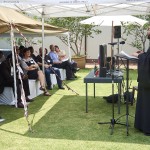 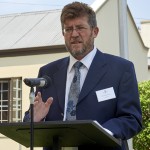 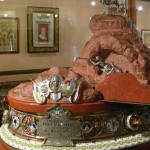 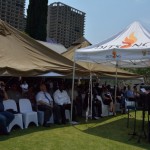 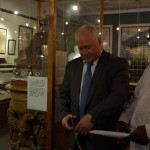 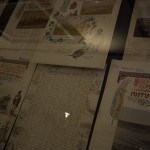 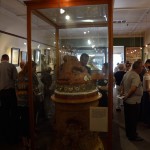 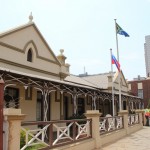 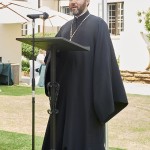