On the 23rd May, His Beatitude the Pope and Patriarch of Alexandria and all Africa  Theodoros II came on an official visit to South Africa on the 100th anniversary of the church of the Holy and Equal-to-the-apostles Sts Constantine and Helen in Johannesburg and also visited the Russian Сhurch of St Sergius of Radonezh.

His Beatitude celebrated the Great Vespers on the eve of the Feast of the Ascension of our Lord, together with Archbishop Damaskinos of Johannesburg and Pretoria and Metropolitan George of Accra, the rector of the St Sergius parish, Fr Daniel Lugovoy, as well as other clergy of the Johannesburg diocese.

Greeting His Beatitude after the service, Father Daniel Lugovoy thanked the Patriarch on behalf of all parishioners for providing spiritual care for Russian-speaking people on the African continent and sincerely wished him spiritual joy, good health and all-powerful help in the high service. In order to help him remember to pray for the St Sergius congregation, His Beatitude was given an icon of the Holy Martyr George the Victorious.

In his answering speech, Patriarch Theodoros told the congregation about the basis of his visit to South Africa and the forthcoming celebrations to mark the centenary of the Greek cathedral in the city of Johannesburg. As a gift to the Russian parish, His Beatitude presented a wall panel featuring the logo of the Patriarchate of Alexandria. He expressed the desire for spiritual growth and increased Christian love for each other.

A reception was then held in honour of the Holy Patriarch of Moscow and all Russia, Kirill, and the Patriarch of Alexandria and all Africa, Theodoros II, in the parish Center. The Ambassador of the Russian Federation in the Republic of South Africa, Mr M. Petrakov, welcomed His Beatitude, noting his tireless labors in caring for his large flock on the African continent and thanking him for his constant fatherly love and attention with regards to the Russian parish. The reception was also attended by heads of diplomatic missions in Russia, Ukraine, Belarus, Azerbaijan, Serbia, Cyprus, Romania, as well as by representatives of the Russian, Greek, Serbian Orthodox diaspora and South African Orthodox Christians. 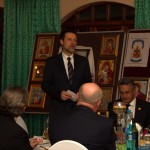 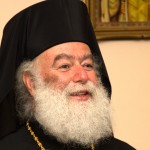 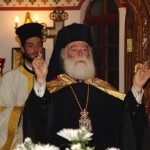 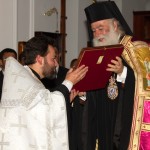 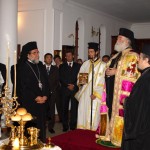 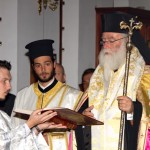 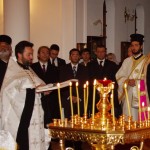 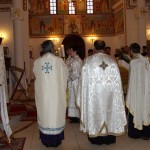